An unmissable sight in Berlin which, although perhaps not the most agreeable, brings you face to face with the realities of the Nazi regime in a moving and powerful experience. 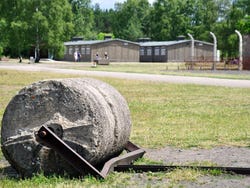 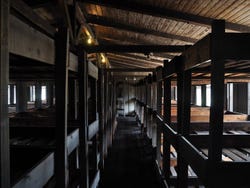 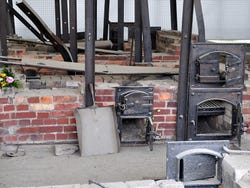 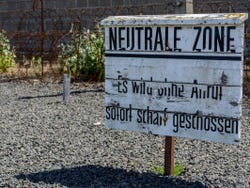 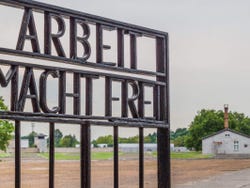 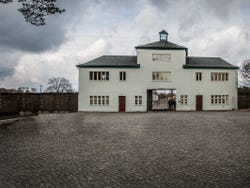 The tour meets at Brandenburg Gate and will head to the Sachsenhausen concentration camp. Built in 1936, it was one of the first under the Nazi regime, and became the 'model camp' upon which others were based. Here you'll learn about the atrocities committed between its construction and eventual closure in 1950.

As a camp for both the Nazi regime and the Soviet NKVD, not only did 30,000 prisoners die, but it served as a model for the extermination and concentration camps that followed, and in which the worst crimes against humanity were committed.

Although it's possible to visit the camp alone, as it was almost entirely destroyed following its closure in 1950, so the guide will be valuable to provide explanations regarding what used to be there, why it was there, and what happened in each location.

The central courtyard, for example, is a wide open space with little to capture your interest at first glance. However, it takes on a new context learning that prisoners here were forced to march up to 90km per day to trial military boots, as well as the effects of D-IX, a methamphetamine-based experimental performance enhancer. The guide will help unlock the secrets of Sachsenhausen and put the horrors committed there into context.

You'll also visit the Sachsenhausen Memorial and Museum, dedicate to the memory of the events that happened here.

The activity will end returning to Berlin at approximately 4:45 pm

Due to location, this tour isn't recommended for children under 12 years of age.

All of our providers comply with local legislation and applicable health recommendations to avoid the spread of Covid-19.

Entry to the Sachsenhausen concentration camp.

Contribution of € 2 (US$ 2.40) per person to the foundation (This is the entrance fee per person for guided groups and it isn't considered part of the final payment given at the end of the tour).

You can book up to the start time, as long as there are places remaining. Book now to guarantee your spot.

US$ 21.10
No hidden fees or surcharges
Free cancellation up to 24 hours before the service starts
Book

Free! Free cancellation up to 24 hours before the activity starts. If you cancel under this time or do not show up, you will not be refunded.

Our guide Ernestina made the tour incredibly interesting as she had so much knowledge about the camp and recent German History.

I travelled with teenagers
8

A lot of history here, not loads to see as much has been destroyed but what you do get is a feeling of how life was here. It's quite ery

The tour was very informative. The tour guide was extremely knowledgeable and went out of his way to guide the group throughout the whole experience.

Just back from the Sachsenhausen tour with our guide George. He was amazing, so knowledgable. He really painted a vivid picture and set the entire scene for us on was was such a thought provoking and humbling tour. We would highly recommend this trip.

I travelled with teenagers
Show all the reviews
like

9.60 / 10 13,405 reviews
Discover the monuments, streets and squares of Berlin with this tour, ideal to get to know the German capital at first glance. What's more it's FREE!
Free!
Book
like