Opened to the public in 1930, Pergamon Museum is a large three-winged building. It features three areas: the stunning antiquity collection, the Middle East museum and Islamic Art museum.

The first hall of the museum houses the Pergamon Altar, the most impressive monumental construction of the museum. It was designed during the second century BC in the ancient Greek city of Pergamon to thank the gods for blessing the city.

The altar that gives name to the museum was dug up at the acropolis of Pergamon in Asia Minor. Sadly, a large part of the altar was already destroyed.

Once you’ve marveled at the shrine, head to the room to the left where the remarkable Market Gate of Miletus is located.

Erected in the second century AD in Miletus, an ancient Greek city in Anatolia, the enormous 17-meter Gate was demolished by an earthquake during the Middle Ages. It was excavated and restored by German archaeologists, but was once again damaged during the air attacks on Berlin.

The following room, as surprising as the other two, houses a reconstruction of the Ishtar Gate, built during the sixth century BCE, commissioned by King Nebuchadenezzar II. The monument was one of the gates to the city of Babylon, adorned with blue-colored bricks and yellow-colored animals that represent the gods Marduk and Adad.

The next stop is the Middle East museum. It exposes more than 6,000 years of culture from Mesopotamia (Iraq, Kuwait, Syria and parts of Turkey). The collection has over 27.000 objects found during the excavations made in Babylonia.

A beautiful collection of Islamic Art from the eighth to the nineteenth century is located on the top floor of the museum. The highlight of the exhibition is a wonderful collection of oriental rugs.

The Pergamo Museum is the most splendid museum in Berlin. It isn’t a “normal” archaeological museum, but a one of a kind thanks to its colossal and valuable monuments. It is a must-see museum. 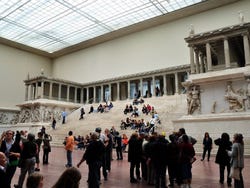 Pergamon Altar in the homonymous museum 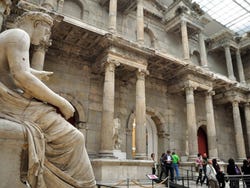 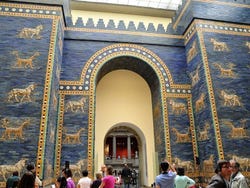 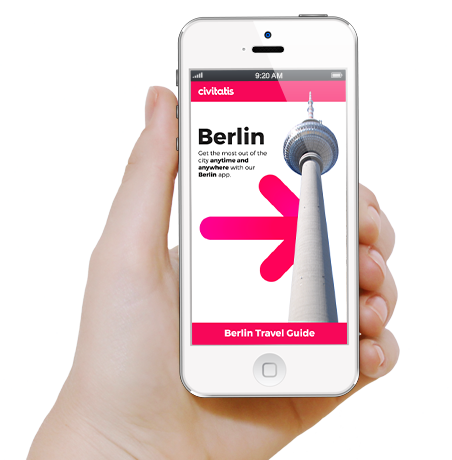